Home About Us Focus the history

As time goes by

P stands for William Henry Pannell. In 1869, he founded his own CPA firm in London, W. H. Pannell & Co. K stands for Errol Kerr. Together with his partner William Harris, he founded the New York CPA firm Harris, Allan & Co in 1911 which was later renamed into Harris, Kerr & Co. The first office was located in the Ritz-Carlton Hotel on Madison Avenue. F stands for William J. Forster who, in 1923, founded the company W. J. Forster & Co in New York. In 1933, it merged with Harris, Kerr & Co to Harris, Kerr, Forster & Co.

In the 1920s, William J. Forster developed the first edition of what is now known as the Uniform System of Accounts for the Lodging Industry (USALI), thereby substantially influencing the hospitality industry. This department-oriented accounting system is still being used by all major hotel companies worldwide and also increasingly by independent hotels. As the undisputed industry standard, it provides the basis for almost all operating statements and forecasts in the hospitality industry. 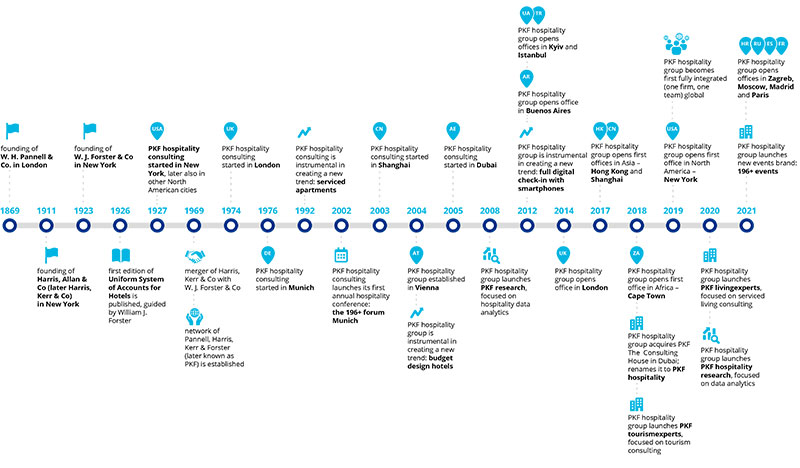